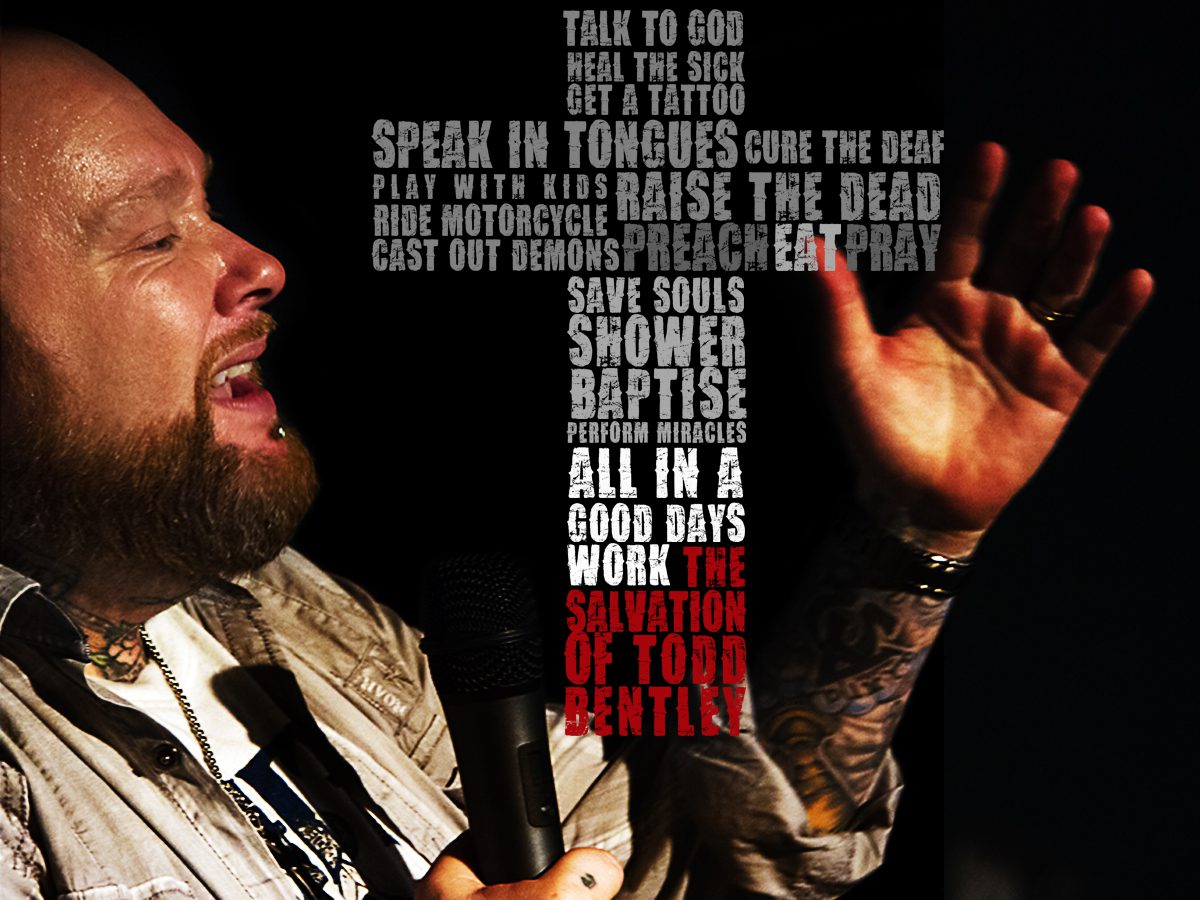 CALGARY, AB (March 25, 2015): Pyramid Productions is pleased to announce that it has completed post-production on their latest feature-length documentary The Salvation of Todd Bentley. The documentary is slated to air on Super Channel Canada in the near future and is being distributed in the United States and Internationally by Cargo Film & Releasing.

From the moment Todd Bentley began speaking to the audible voice of God, he knew big things were in store. Bentley is not your typical preacher, he looks more like a professional wrestler than a man of the cloth. His youth was defined by drugs, alcohol and a conviction for sexual assault, before he discovered his gift for preaching Pentecostal Christianity. Bentley honed his charismatic, in-your-face style to market himself as rock-star faith-healer. Bentley reached the peak of his success in a 136-day, Florida-based revival attended by hundreds of thousands, amidst claims that Bentley could heal the sick and raise the dead. What became known as “The Lakeland Revival” was still growing when Bentley was forced to resign his ministry in the wake of scandal. The Salvation of Todd Bentley tells Bentley’s story from his perspective, highlighted by his followers, and his critics. This is the story of a preacher you have to see to believe.

Over the course of six months, director Buddy Day led a film crew across North America on an intense shoot where he was given unprecedented access to Bentley’s life. From a troubled past to a spectacular success, The Salvation of Todd Bentley uses in depth interviews to capture the controversial story of this infamous evangelist.

“To be able to profile such an interesting and charismatic character is a dream for any filmmaker,” says Day. “Todd’s story is really phenomenal. If it hadn’t actually happened, you would probably never believe it.”